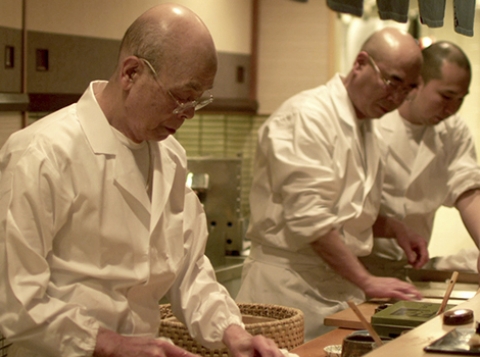 In the basement of a Tokyo office building, 85 year old sushi master Jiro Ono works tirelessly in his world renowned restaurant, Sukiyabashi Jiro. As his son Yoshikazu faces the pressures of stepping into his father`s shoes and taking over the legendary restaurant, Jiro-san relentlessly pursues his lifelong quest to create the perfect piece of sushi. 
Originally from New York City, currently lives in Los Angeles. After graduating in film production program, he has directed music videos, short films and documentaries such as A Vision of Blindness (2008), a behind the scenes look at Fernando Meirelles’ Blindness. He has been a sushi aficionado since his childhood. Jiro Dreams of Sushi is his first full length feature film.