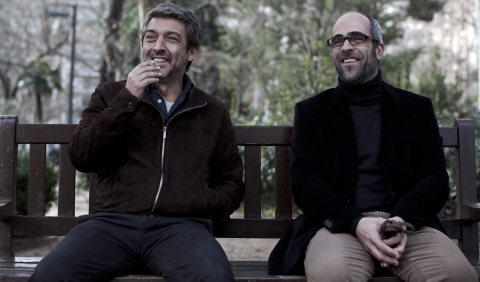 Eight men in their forties suffer from masculine identity crisis. They all share feelings of bewilderment, and their behavior forms a mosaic of emotions men usually don`t reveal. J is depressed and he is the perfect victim for psychoanalysis. E has lost everything and now lives with his mother and his cat. S makes an attempt to win his ex-wife back. G with the help of drugs is trying to understand why his wife is having an affair. A comic and merciless portrait of men today.