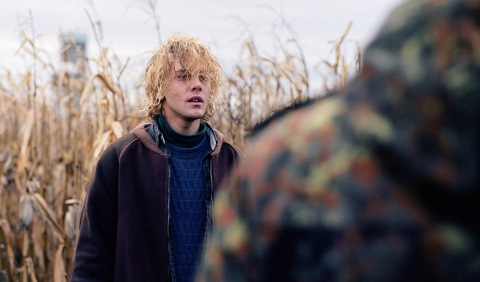 Tom At The Farm

Tom At The Farm

Tom, a young advertising copywriter, travels to the country for the funeral of his lover, Guillaume. There, he’s shocked to find out no one knows who he is, nor who he was to the deceased. Guillaume’s brother Francis, a monstrous embodiment of rural machismo, soon confronts him and sets the rules of a twisted game. With family’s name at stake, it becomes clear to Tom that he may not leave the farm.