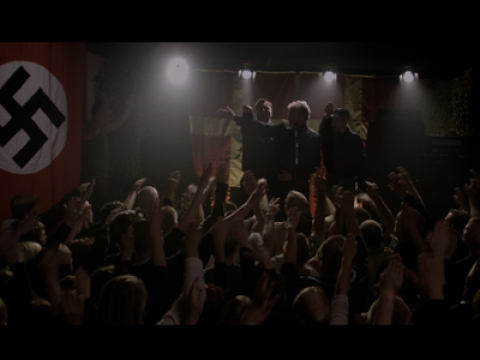 Following disillusionment with his career, Lars decides to leave the army. He is drawn towards a radical right wing group and not least to his peer, Jimmy. The two men become embroiled in a secret love affair, but such forbidden love cannot go unpunished in fascist circles. Despite all the rules forbidding it, the love and sexual attraction between the two men is so strong they cannot abandon their affair.


Born in 1974 in Denmark, of Italian descent. He graduated at the National Film School of Denmark. He has worked on music videos, commercials, and has made several short films. Brotherhood (2010) is Donato`s first feature film.