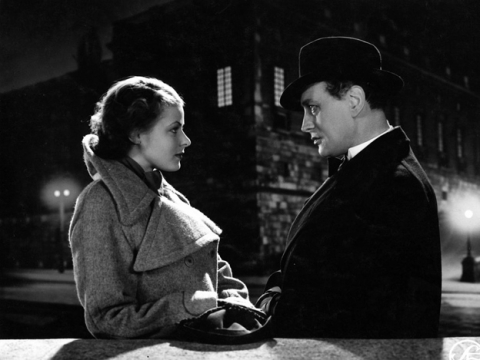 A famous violinist meets a promising pianist who gives lessons to his daughter. He leaves his family and invites her to accompany him on a tour. They travel across Europe, living a great romance. While they are on holiday in Austria, she receives news that she won a scholarship to continue her studies. At the same time, he begins to miss his family. 
Born in Helsinki, Finland, in 1888, he studied at the Royal Dramatic Theatre School in Stockholm. An actor and writer, Molander made his directional debut with The Tyranny of Hate (1920). He also directed the features Swedenhielms Family (1935), A Woman`s Face (1938), Dollar (1938) and Only One Night (1939) —all of them, as well as Intermezzo, were presented at the 17th Mostra, which exhibited a retrospective of films with the actress Ingrid Bergman. His last work in cinema was the segment Smycket of the feature film Stimulantia (1967). Died in Stockholm in 1973 at the age of 84.