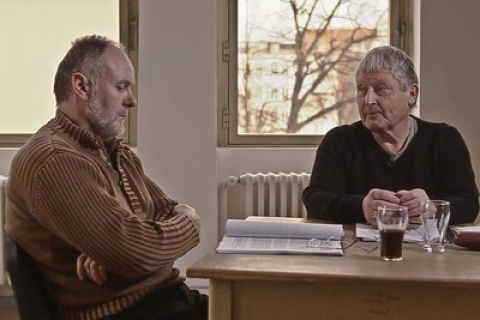 In the former East Germany, 30 years ago, the Stasi recruit agent Hans Kramer as a voluntary operative of their secret police force. When Kramer willingly agrees to report on his friend Peter Wulkau’s political ideas, his act has life shattering consequences. Today, 20 years after the fall of the wall, both men still struggle to come to terms with their part in a dictatorship - and with each other.


Studied Philosophy in Cologne and started her directing career as live television director for German TV. Later, worked as a producer and developed projects of features with young directors. She studied scriptwriting in Cologne and in Brighton and directed the documentaries for TV Terrible Girls (2000) and The Stasi Files of Hans Kramer (2009). Enemy Engagement is her first feature length documentary.