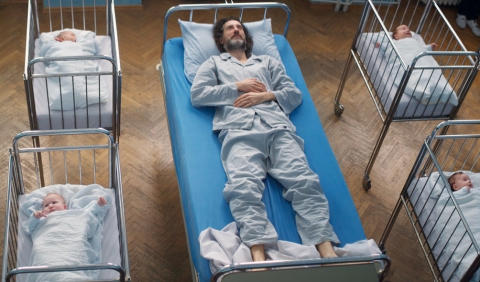 Fabian, a young Catholic priest, is assigned to take over from his popular predecessor in a picturesque Dalmatian village. He is appalled to discover that, while there are plenty of funerals, hardly any children are being born. A confession from a local parishioner reveals that the high sales of contraceptives are to blame. Fabian decides to try and improve the birthrate using a somewhat unusual method: piercing all of the town’s condoms before they are sold, causing a “miraculous” baby boom that ends up having unexpected consequences.


Born in Zagreb, Croatia, in 1964. He studied philosophy and comparative literature as well as film and TV directing. He directed the features How the War Started On My Island (1996), Marshal Tito’s Spirit (1999), Witness (2003) and Will Not Stop There (2008). He is an active stage director as well. The Priest’s Children is his fifth feature film.