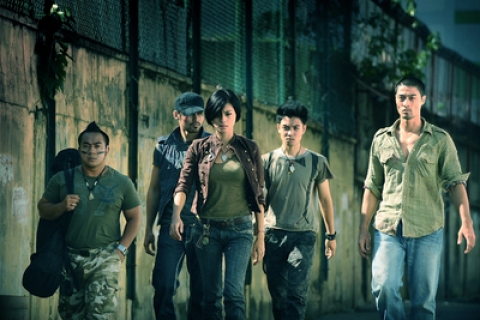 Trinh is a mercenary forced to complete a series of missions in order to save her kidnapped daughter. She enlists the aid of several other mercenaries, including Quan, a man she becomes romantically involved with. Trinh and Quan’s relationship becomes complicated as it becomes evident that their motives are not the same.


Born in Ho Chi Minh City, Vietnam. He has a degree in Opera Vocals and a degree in Directing. He also participated in a short term internship at the University of Southern California (USC). From 1995 to 2004 played several roles in various bands such as bass player as well as an organizer for the Saigon Rock Fan Club (RFC). Clash is his first feature film.