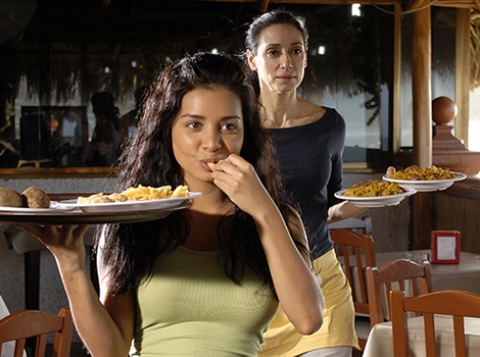 Isabel and Yudeixi are two opposite women who, by the violence of fate, are united and become immigrants overnight. Isabel is a 49-year-old nurse, from the Canarias, yet living in Venezuela. Yudeixi del Carmen is a 17-year-old poor girl who is used to make a living out of crimes. They travel to Canarias as refugees. In order to Yudeixi be able to stay in Europe, Isabel becomes her legal representative. Therefore, they are forced to start from scratch together.


Born in Venezuela, he studied at the School of Cinema in Madrid and International School of Audio-Visual Arts. Worked as an actor in films like Golpes A Mi Puerta (1994), La Nave De Los Sueños (1996) and numerous TV series. Directed the short film Complementarios (2001) and since then has directed other four shorts. Hora Menos is his long-length feature debut.