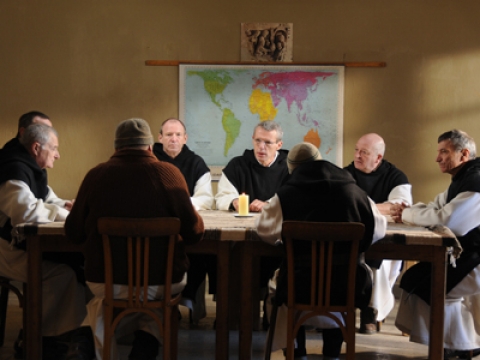 Of Gods and Men

Of Gods and Men

In a monastery high in the mountains of Algeria in the 90’s, ?eight French Christian monks live in harmony with their Muslim brothers.?But violence and terror are slowly taking hold of the region. Despite the ever-growing danger that surrounds them, the monks? decide to stay - whatever the cost. Based on the true story of the French monks that were kidnapped and killed in one of the highlights of the atrocities that happened in Algeria as a result of the confrontations between government and extremist groups.