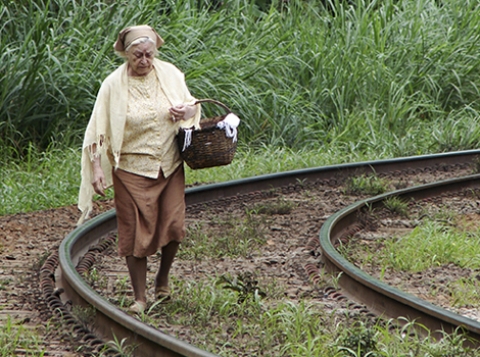 Jotumba is a fictional town set in Vale do Paraíba, located in the east of the state of São Paulo. In the 30’s, major coffee farms crashed in the region and the cities formerly wealthy became ghost towns. There lives the old baker Madalena, stuck to the memoryof her dead husband that is buried in the only cemetery of the city, currently closed. Until Rita, a young photographer, arrives in town and slowly changes Madalena’s routine.