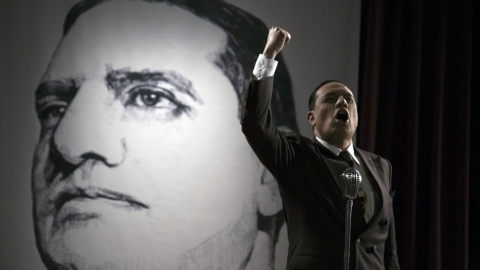 Juan Roa Sierre is a naive, superstitious man and also the supposed murderer of Jorge Eliecer Gaitan, the Colombian politician and lawyer who was a dissident candidate for the Liberal Party in the 1950 elections. Based on a true story, the film is a portrait of the man accused of causing one of the most violent episodes in Colombian history, still remembered today as “La Violencia” (The Violence).


Born in Cali, Colombia, 1975. He graduated from the New York University Tisch School of the Arts with a major in film and TV. His directorial career began with the short films Payaso Hijueputa (2000), Hoguera (2007) and Passing By (2008). His debut feature was Satanás (2007), followed by La Cara Oculta (2011). Roa is his third feature film.