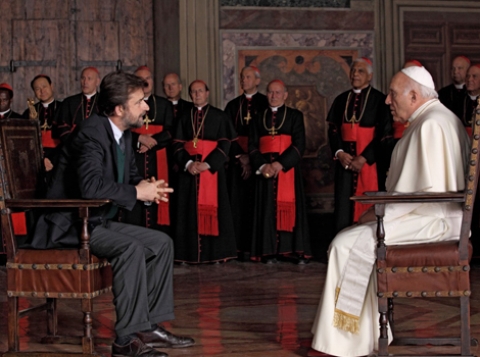 Following the death of the Pope, the Conclave meets to elect his successor. A cardinal is chosen, but he seems unable to bear the weight of such responsibility. Is it anxiety? Is it depression? Does he feel inadequate? The faithful are waiting for the new Pope to appear on the balcony in St. Peter’s Square. The world is on tenterhooks, while in the Vatican they seek ways to come through the crisis – including the aid of one of the most renowned psychoanalysts in Italy.