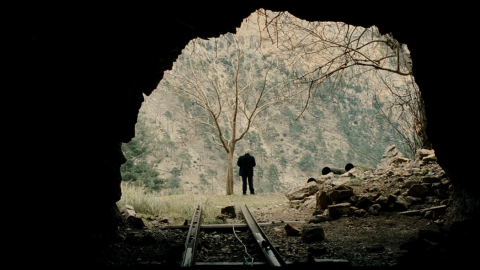 "Basri is a lonely man who seems to be floating in his own life. He watches over the railroads; walking the endless tracks through the abundant lanscape of Anatolia. His only son, Seyfi, has been taken into custody 18 years ago and no one has heard from him ever since. After the death of his wife, Basri has slowly isolated himself from society. But there is still hope in his life, as he keeps on writing petitions twice a month to look after his son." 
Born in 1981, he lives in Istanbul, Turkey. He studied at Yildiz Technical University. He has worked as an assistant director in various films and television series. He also works as a scriptwriter. Mold is his first feature film.