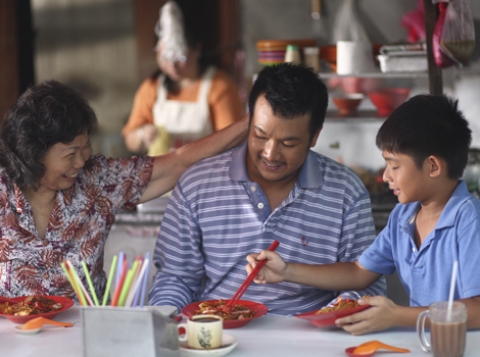 Two fathers, Uncle Lim and Uncle Lam, live in an old folks’ home. Uncle Lim is Hokkien while Uncle Lam is Cantonese. Apart from integral differences and different dialects, they always argue about whose children has done better and how filial piety they have been. While Uncle Lim thinks that he may have gotten cancer and doesn’t have much opportunities to see his children again, the two men decide to escape from the old folk’s home to find their children and bring back evidence so that the rest of their friends can judge whose children is better. 
Born in 1972 in Batu Pahat, Malaysia. Studied Art Design and Fine Art. He started working as a movie editor and studied Film Directing at the Beijing Film Academy. Was assistant director in Clifton Ko’s Big Winner (1998), shot in Singapore. He’s been involved in Malaysian film and TV production. He directed the feature Tiger Woohoo! (2009). Great Day is his second feature film.