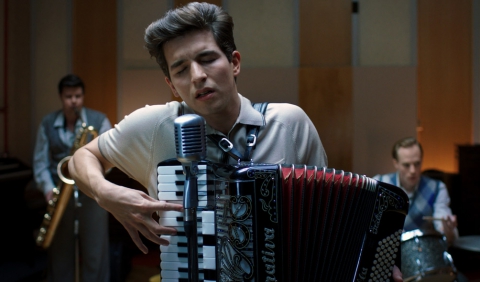 Italy, 1948. Young Rocco is growing up in Calabria, until one day his father Salvatore decides to leave to Belgium, where he strives to earn a lot of money by working in coal mines. Very soon he sends for his family. Rocco becomes a migrant overnight, with all the consequences this entails. Rocco wants to be like other youngsters, become someone and have a purpose in life. Against his father’s wish he seeks an escape through music and love. Based on the childhood memories of the Italian-Belgian singer, Rocco Granata. 
Born Belgium in 1957. He started his career directing a short films and commercials. He directed his first feature, the comedy Hector, in 1987, followed by Koko Flanel (1990) and Priest Daens (1992), nominated for an Oscar for best foreign language film. He also directed films such as When the Light Comes (1998), Further than the Moon (2003) and Sister Smile (2009). He directed a segment of the feature Visions of Europe (2004), presented at the 28th Mostra