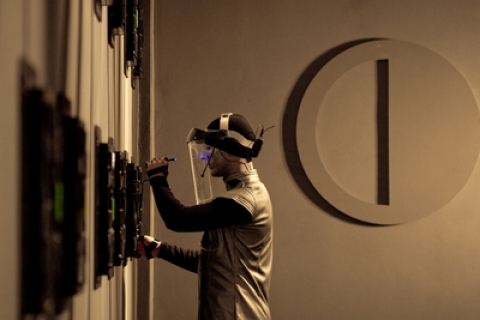 Lukas is an awkward teenager coming to grips with his own initiation into manhood just when there is a movie shoot in their neighborhood. The story opens several nights before, when Lukas is told that he has a tikbalang, half-horse, half man, for a father. His father, Mang Basilio disappears in their life the next day. Lukas wonders whether he is a boy or a tikbalang.


Born in 1975, in Manila, Philippines. He is an independent filmmaker, writer and musician. He directed the feature films Todo Todo Teros (2006), Years When I Was a Child Outside, (2008) and Refrains Happen Like Revolutions In A Song (2010).