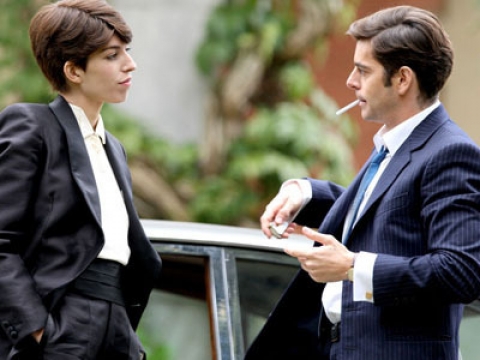 George is a charismatic and adventurous young woman, born in an old catholic family. In her teens, she falls in love with a female teacher named Sybil. Devastated by her lover’s eventual suicide, some years later, George embarks on a reckless journey to the depths of Pigalle’s nightlife in the 60’s. After an encounter with Odette, a very wealthy and attractive older woman who offers her money and gifts in return for sexual favors, George becomes Gigola, a kind of gigolo for women only.


Was born in France. Has written articles for women magazines and published more than 15 novels such as Gigola (1972) and Père, Impair et Passe (1998). Worked in television and radio stations for four years. Between 2004 and 2006, she organized a gay literature collection called Arc-en-Ciel. Gigola is her first feature film.