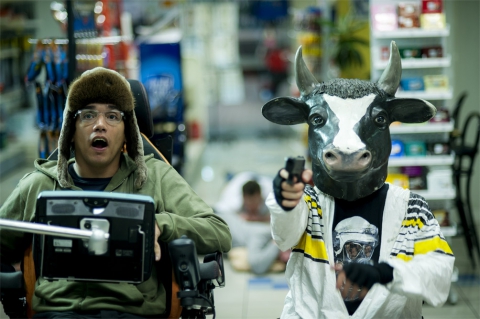 Valentin, Titus and Lukas want to rob a petrol station to prove to themselves (and the world) that they are not losers. But robbery is not an easy venture, especially not when you sit in a wheelchair and even just a simple trip with the suburban train means an endless array of difficulties.


Born in 1969 in Verl, Germany. In 1994, he directed the short Lass Springen Baby, followed by Twist Mit Antje in 1996. Always together with Oliver Paulus, he directed documentaries and the feature films When The Right One Comes Along (2003) and So Long, My Heart! (2006, 31st Mostra).