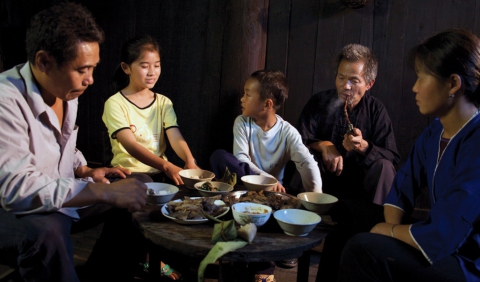 In a small mountain village in southern China, a 12-year-old girl named A Qiu has high hopes of becoming a writer and traveling the world. Her parents have left to work in the city, and A Qiu and her little brother stay with their grandparents. They go to school and help out in the family`s rice paddy every day. When the grandmother suddenly dies, the parents have to come home to work in the rice paddy and life is a constant struggle to make ends meet.


Born in the Guangxi province, South of China. She studied at the screenwriting department of the Beijing Film Academy while working at the Guangxi Movies Studios. She directed Chinese TV-movies before moving to France to make documentary shorts. The Rice Paddy, which was filmed in her homeland, is her first fiction film.