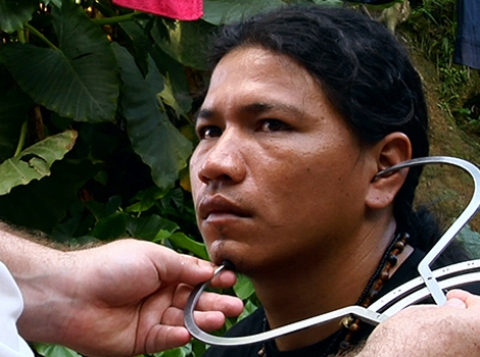 The Brazilian population ignores the measurement of its own body. Instead of developed countries, there never was an anthropometric research able to tell the exact Brazilian measures. This results in several segments of the Brazilian industries having no options but to use the foreign measurements. This products made in Brazil are not fit for the Brazilians’ anatomy and morphology, which leads to serious adaptation difficulties with enormous economic damages, public health problems and, especially raising an industrial competition issue. The movie also portraits the innumerous

frustrated attempts to solve this question with improvise, leading to results from comic to embarrassing. 
Born in 1956. He’s a playwright, theatre and film producer and secretary director at Apetesp (Theatre Producers’ Guild) and runs the company Casa Jabuticaba. Co- directed with Roberto D’Ávila the short film Homo Sapiens (1986) and was associate producer for Ugo Giorgetti’s feature film Sábado (1995). Fora do Figurino is his first feature film as a director.