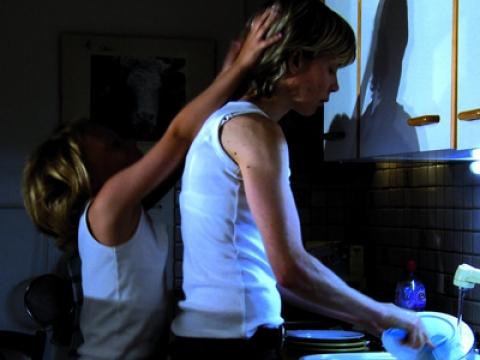 Three movements tell the story of Godard’s new production, discussing the role of Europe in the 21st century. In “Things such as”, a Mediterranean cruise, numerous conversations, in numerous languages, between the passengers, almost all of whom are on holiday. In “Our Europe”, a sister and her younger brother have summoned their parents to demand serious explanations of the themes of Liberty, Equality and Fraternity. And “Our Humanities” visits six sites of true or false myths: Egypt, Palestine, Odessa, Hellas, Naples and Barcelona.