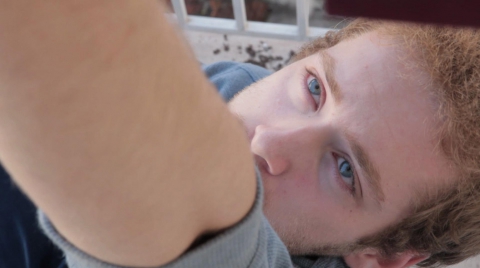 Yorgos is a 22-year-old singer who lives in Athens without a job, money, a girlfriend or food. He scours litter bins, steals crumbs from his neighbor and eats the seeds intended for his only companion, a canary. His only contact with the outside world is his stalking of an attractive hotel receptionist. When he is evicted from his flat, he is left with nothing at all.


Was born in Athens in 1976. He has primarily worked as a stage director, directing productions of plays by Beckett, Ibsen, Chekhov and Alfred Jarry. In 2004, he directed the short film Pure Again (2004). Boy Eating the Bird’s Food is his feature film debut.