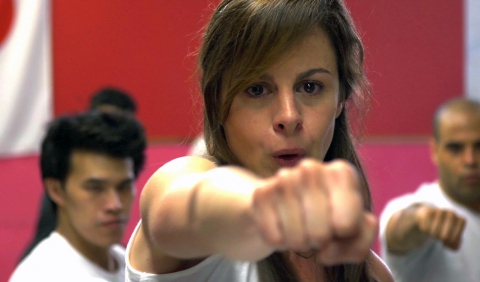 Nicole, 41, is a pharmacist with a husband and two teenage kids, who is at a point in her life when she is asking if “this is it” or whether there is something more. One day she gets a letter from an anonymous observer who knows her daily habits, and her potential, intimately. He has a plan for her, if she is interested. The letter contains a green card that she should place in her window, if she wishes to pursue the mysterious relationship. If not, she should throw the letter away, and she will never hear from the observer again. 
He studied film at York University in Toronto and continued his studies at the Instituto de Arte Cinemátografico de Avellaneda in Buenos Aires. He directed the feature films Inertia (2001), Lucid (2005), Zooey & Adam (2009), and My Awkward Sexual Adventure (2012). He currently lives in Winnipeg, Canada.