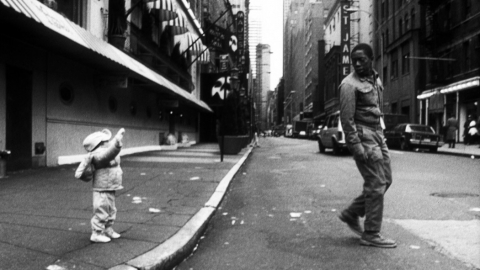 "A young artist living in New York, on the fringes of the financial district and its rushing crowds, tries to make a living sketching passers-by on the street. He survives on his meager means and has found refuge in an abandoned building. One night, on the corner of a back alley, he finds a little girl whose father has just been murdered. While struggling to take care of her, he meets a young rich woman who immediately falls in love with this awkward couple.


Born in 1953, Lane grew up in the public housing projects of New York City`s Bronx. While attending the State University of New York, his short A Place in Time (1977) won him a Student Academy Award. He debuted in feature films with Sidewalk Stories, nominated for three Independent Spirit Awards – best first feature, director and actor (also Lane). Afterwards, he has only directed one further feature, True Identity (1991).