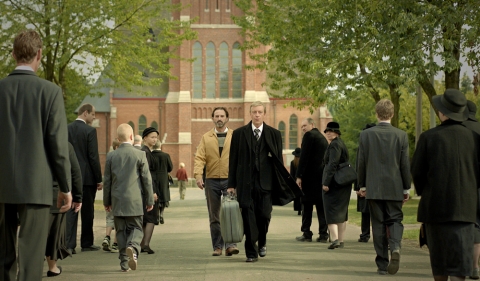 Helectra is in her early 30s, living in contemporary Athens. She is an artist but makes her money as a babysitter. She is an activist and her boyfriend is a political prisoner. She is lonely and struggles to find her place in the world.


Born in Athens in 1979. She studied cinematography at the Stavrakos Film School in Athens and completed an MA in screenwriting at the National Film and Television School in London. She directed the short films Youpi (1999), Sleepy Lights (2001) and the feature film Valse Sentimentale (2007).