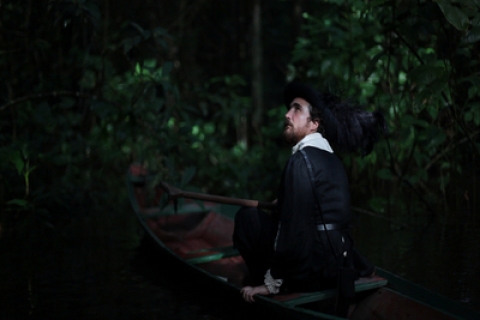 Loosely inspired in the book Catatau, by Paulo Leminski, the film starts from the historical hypothesis imagined by the Brazilian poet: ‘What if René Descartes had come to Brazil along with Maurice of Nassau?’. The movie fulfills this idea and follows the father of modern philosophy on a tropical journey, in a daze of hallucinogenic herbs, investigating matters of geometry and optics in a world so utterly strange to him. Philosopher of the quote “I think, therefore I am”, Descartes confronts his doubts as he faces phenomena that lie beyond the reach of sound reason. René, Renatus, Re-natum.