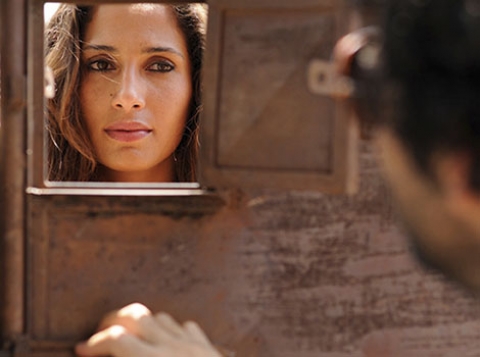 I`d Receive The Worst News From Your Beautiful Lips

I`d Receive The Worst News From Your Beautiful Lips

A love triangle that involves Cauby, a photographer passing by the countryside of the Amazon, a beautiful and unstable woman called Lavínia and her husband, the preacher Ernani, who believes that it’s possible to fix the world’s contradictions. Three sides of an ardent passion, in the midst of nature threatened by devastation. 
Was born in São Paulo in 1961, and graduated in Cinema at FAAP. Produced Beto Brant`s films, such as Belly Up, Friendly Fire, The Trespasser. Produced and co-directed with Eduardo Quintino, the film Adventure Race - Chapada Jam (2004). After Delicate Crime, wrote and directed Stray Dog. He also produced Brant`s Love According to B. Schianberg.