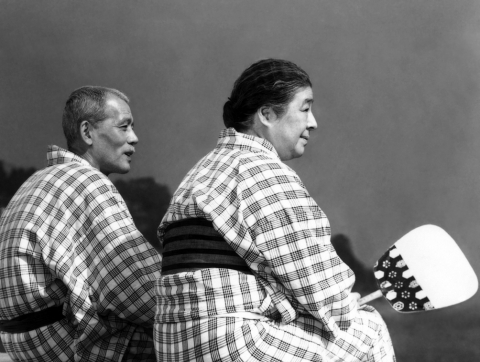 "Shukishi and Tomi Hirayama live in a small village facing the Inland Sea. An elderly couple, they both decide to visit their children, now adults, living in the city of Tokyo. Once there, they realize their children are too busy with their daily routines to pay any attention to them, treating company as an obligation.
Yasujiro Ozu’s study of generational conflict in postwar Japan was inspired by the American film Make Way for Tomorrow (1937). In the last poll conducted by the British film magazine Sight & Sound, featuring the 250 greatest films of all time, compiled from the lists of 850 film critics from 73 countries, Tokyo Story was ranked third, behind only Vertigo (1958) and Citizen Kane (1941).
"