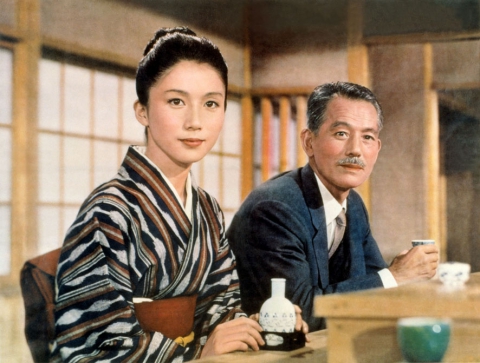 "Widower Shuhei Hirayama, a man who fought in World War II as a naval officer, has a 24-year-old daughter and a married son. He has friends his own age, the majority of them being comrades from the war. One of them actually believes Japan was victorious. Shuhei begins to feel the weight of the years and realizes that it is about time the girl got married. He then proceeds to find her a husband – a young man recommended by his friends.
Yasujiro Ozu died one month after the film’s premiere, making this his last work.
"