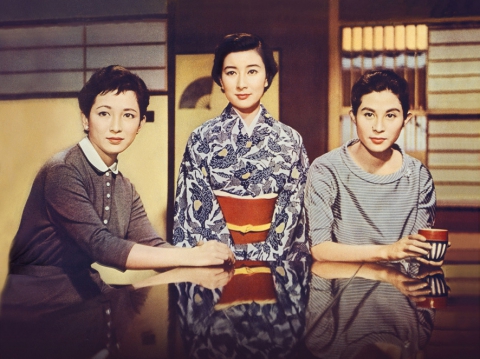 "At the wedding reception of an old friend’s daughter, Hirayama wonders why Mikam, one of his old friends, didn’t show up. Actually, Mikami was worried about his daughter Fumiko who had run away from home with her boyfriend, and did not wish to attend the ceremony. Mikami asks Hirayama to go and see how Fumiko is doing, and Hirayama visits a bar in town where she works as a hostess. While Hirayama is very understanding of Fumiko’s situation, he gets furious when Taniguchi, his daughter Setsuko’s boyfriend, makes a surprise visit to ask for his permission to marry Setsuko.
Yasujiro Ozu’s first color film.
"