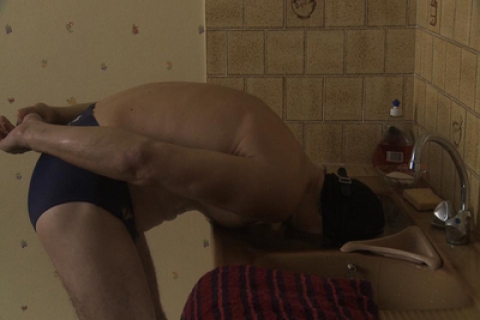 Patrick Perrin is a dealer in a small seaside casino. He dreams about leaving everything for an unknown destination. But such a trip doesn’t happen overnight. To start with, Patrick decides to buy a suitcase. A nice red one with wheels that he immediately puts at the foot of his bed. All that´s left to do is to fill it up and choose a destination.