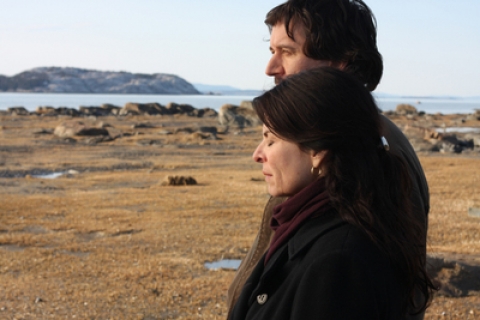 Devastated by the violent death of her daughter, a woman takes refuge in Kamouraska, Quebec, at the country house built by her maternal ancestors. The mother’s grief is profound: she doesn’t want to go on living. In extremis, she is discovered and saved in the forest by a man. The presence of this man and the beauty of Nature help her regain her equilibrium and find the desire to live again.


Was born in Québec, Canada, in 1958. Studied Film and Photography in Montréal. In 2001, she wrote and directed her first feature film, Marriages. Five years later, directed her second feature, In the Cities (2006). Mourning for Anna is her third feature film.