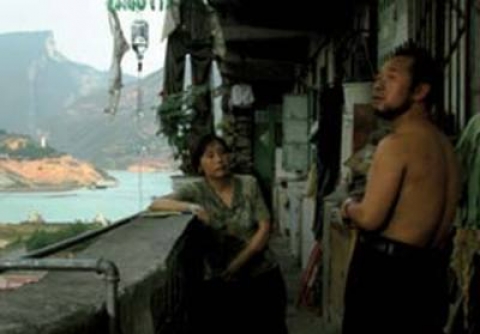 The old city of Fengjie is about to be flooded by a hydroelectric dam, but the construction is not yet concluded. There are items to be rescued and others to be left behind. Han Sanming, a coal miner, travels into town to try a reencounter with his wife that he has not seen for sixteen years. But there are no traces of her and the search takes a long time, almost in a hopeless situation. Nurse Shen Hong also makes her way there with the intent to visit her husband, an engineer, who has not been home for two years. But this time is much more the idea of not willing to be found than the difficulty to find. The film follows along with people who have lost their references, they’re displaced in the world, be it because a town has ceased to exist or because of a relationship that is not over, and they wander through the region in search of a new destination. The feature won the Golden Lion at the 2006 Venice Film Festival and was exhibited at the 30th Mostra.