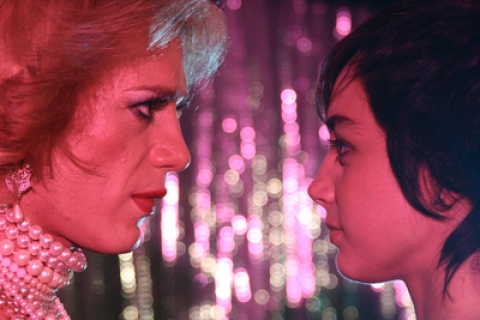 Elvis is a motorcyclist who dreams about becoming a photographer. With the need to save money, she decides to take a job delivering pizza at Mozzarella & Co. The transvestite Madona is a hairdresser that dreams about producing a vaudeville show. From their unlikely meeting, a modern love story is born.


Was born in Rio de Janeiro, Brazil, in 1963. He started working with filmmaking as an assistant producer of Bete Balanço (1984). During his career, he worked as assistant director, production manager and executive producer. Directed the short films Ópera Curta (2004) and Fúria (2006) as well as the documentaries Regatão, O Shopping da Selva (2005) and Um Dia, Um Circo (2006). Elvis & Madona is his first feature film.