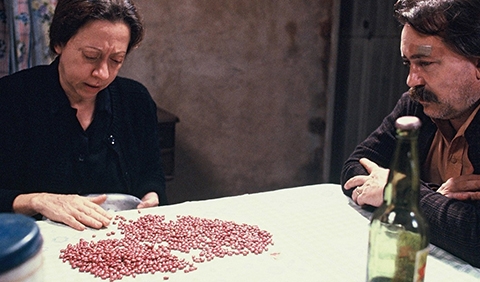 Tião, a Young worker, dates Maria, his colleague at the factory. When he finds out she is pregnant, he decides to set a date for their marriage. But a strike breaks out and Otávio, Tião’s father, a veteran union leader, joins the movement, displeased. He takes part on the demonstrations in front of the factory and clashes with the police, is beaten and arrested. His son, indifferent to his father’s and friends’ dramas, breaks the strike and blames Otávios’s activism for their poverty, creating a conflict in the family’s heart.

Winner of the Special Jury Prize at the Venice Film Festival of 1981. 
Born in Rio de Janeiro in 1937. One of the most important figures in the history of Brazilian cinema, Hirszman was one of the founders of Cinema Novo and managed to make the transition from fiction to documentary like few other filmmakers could. His most important films are Maioria Absoluta (1964), The Deceased (1968), São Bernardo (1972), They Don’t Wear Black Tie (1981) and ABC da Greve (1990), released posthumously. Imagens Do Inconsciente, a documentary he was finishing when got sick, was exhibited at the 37th Mostra divided in three episodes: A Barca Do Sol, No Reino Das Mães e Em Busca Do Espaço Cotidiano He died in 1987in Rio de Janeiro.