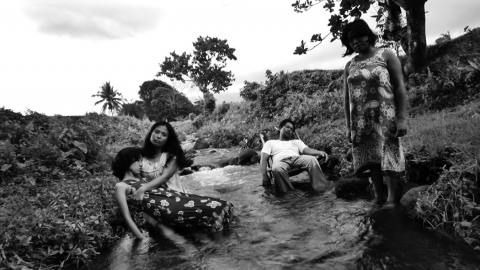 "A young woman named Florentina, who is losing her memory, gathers up all the strength she has to tell the story of her life for listeners. Although she suffers at the hands of her abusive father, she finds solace in recalling spending time with her grandfather and sister, exploring a city by herself at night, and playing with the giant men who came one Christmas to visit her. Her story plays out alongside that of two young men who have come to her area to dig for a buried treasure. The characters all live in the shadow of a volcano that has erupted recently and might again soon; it threatens them while reinforcing the fragile preciousness of life.

The film tells Florentina’s story largely through the actress Hazel Orencio’s incredible open face. As other characters watch Florentina, they ask questions that have always lurked in Diaz’s films: why does evil exist in the world? Why do good people suffer?
"