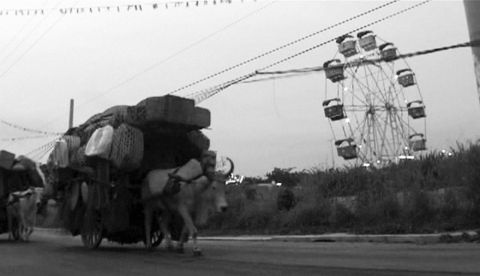 "A small group travels by caravan and cow along country roads. One of its members, the middle-aged man Heremias, suddenly decides that he wants to live on his own. The film then follows him as he attempts to begin a new life as a community of one, entering into dialogue both with his fellow men and with God to help him do so.


Named after a myth that one character tells, the film is the closest that Diaz has come to making a Western. Like classical films of that genre, it presents the problems inherent in building a human society, many of which are related to human weakness. During his journey, Heremias discovers corruption in other people and naïveté and frailty within himself. The film showcases Diaz’s great gift for filming nature, from which the protagonist is often seen emerging. It is a film about finding one’s home, one’s purpose, and one’s inner self. Book Two exists as a rough cut.
"