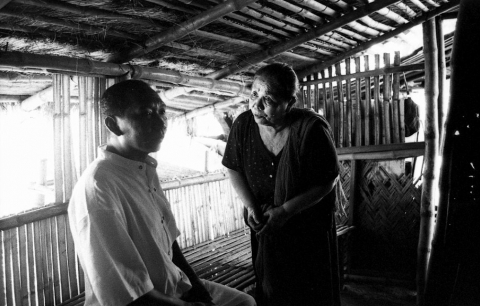 "The experience of a farming family from the Filipino dictator Ferdinand Marcos’s declaration of Martial Law to his loss of power, told across several generations during the 1970s and 1980s. Some of the family’s members become active guerrilla fighters, while others simply work to make a living for their relatives. Their non-linear story, which often involves travelling from one new home to another, is complemented with archive images from protests against Marcos and scenes of Filipino artists creating popular art.


Diaz created the film over the course of a decade. During that time, the child actors aged into adults and the film grew into a national epic. It is generally considered Diaz’s masterpiece, and was named by the magazine Cinema Scope as one of the 10 best films of the last decade. It is a poetic and powerful film that always remains sensitive to its characters.
"