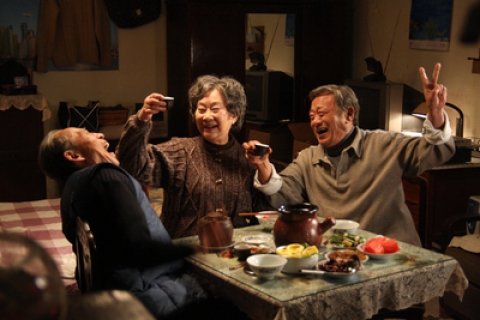 Liu returns to his native city Shanghai after 50 years spent in Taiwan. He has come to find the first love of his life, Qiao, who he left behind pregnant. In the meantime, Qiao has married and built a family. But Liu is determined to get the family’s approval to take her away with him.


Was born in China in 1965. Graduated from the acclaimed Beijing Film Academy and joined the Xi’an Film Studio after his graduation in 1991, writing screenplays between assignments as a producer. He made his directorial debut with Lunar Eclipse (1999). He also directed The Story of Ermei (2004); Tuya’s Marriage (2006), Golden Bear at the Berlin Film Festival; and Weaving Girl (2009). Apart Together is his fifth feature film.