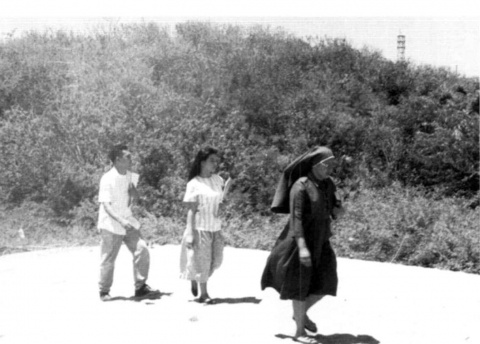 Naked Under The Moon

Naked Under The Moon

"A young woman recalls how her father (a fallen priest), her mother (a woman with a secret past) and her teenage sister returned with her to live in their ancestral home after the family business failed. She was plagued with mysterious problems of sleepwalking and began a romance with a young man who tried to cure her. Meanwhile, her family members, as well as a male friend close to them, struggled between moving forward in life and punishing themselves with the weight of the past.

This was one of four films that Diaz made for the studio Regal Films. As with the others, Diaz fought the studio’s creative interference, which included several explicit sex scenes added without him. But the film retains many of Diaz’s future signatures: a wordless and thickly impressionistic atmosphere, a lingering air of untraceable guilt, haunting nighttime cinematography, and wonderful, emotionally open performances from the actors, including Diaz regulars Joel Torre and Ronnie Lazaro.
"