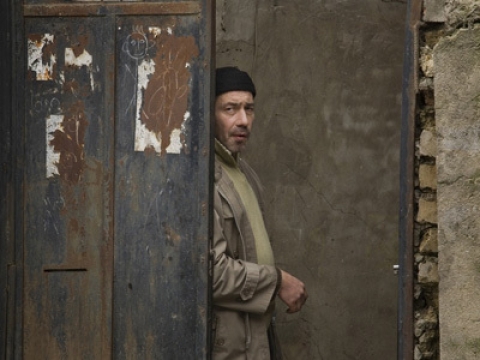 Tbilisi, Georgia. Three policemen arrest Checkie, 45, and tell him to introduce his friend’s son to drugs so that they can blackmail his father. If he refuses to cooperate, he will end his life in prison. Unemployed and addicted to heroin, Checkie is in no position to refuse – but, faced with such a stark choice, he desperately tries to find a way out.


Was born in Tbilisi, Georgia, in 1973, and worked as a journalist in the coverage of the war in Georgia. In 1999, he graduated in Film Directing in Moscow, and seven years later, he finishes his degree in Cinema at the New York University. Directed the short film The Debt (2005) and the mid-lenght documentaries Father and Son (2003) and The Women from Georgia (2008). Street Days is his first feature film.