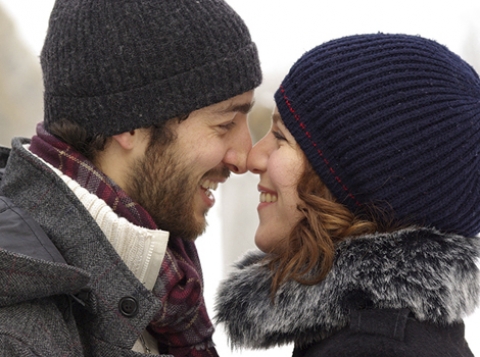 It’s the winter of 1999. A boat crosses Venice. At the age of 18, Camilla just gets to the town to study Russian literature. Among the passengers, she observes a boy, who has also just got in town. They both start to stare at each other: she is shy and he’s more outgoing. Sylvester is also 18, but unlike her, he hides his inexperience behind a naive irreverence. When the boat reaches its destiny, Sylvester disembarks after Camilla and starts to follow her. That’s the beginning of a 10-year adventure of these two young guys between the daily lives as students in Venice until the strange city of Moscow and its theatres. 
He was born in Rome in 1978, son of a French mother and an Italian father. He holds a degree in philosophy of science and a PhD in philosophy of language. In 2004, he left the academic career to devote himself to film and photography. He attended the New York Film Academy and studied acting while working as a screenwriter and assistant director. In 2005 he joined the Experimental Centre of Cinematography, where he made several short films which won awards in international festivals. He graduated in film direction in December 2008 and wrote the novel Ten Winters, which later became his first feature film.