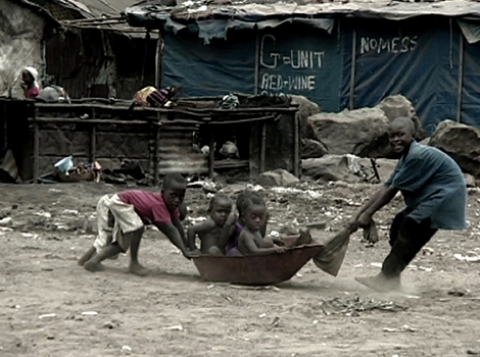 God No Say So

God No Say So

God No Say So
Switzerland

The history and memories of those who suffered with the civil war in Sierra Leone. Although corruption still persists, it’s possible to glimpse a spirit of optimism through the words of the hard working Bonka people, the prostitute Julietta and the hilarious organized antics of the school children. 
Was born in Oberfranken, Germany, in 1959. Graduated in visual arts, history of art, philosophy and law. In 1986, she completed her masters in visual arts. She has also spent four years studying classical singing in Kassel, Germany, and New York. Lives in Switzerland where she works as a musician and filmmaker. She has also directed the documentary Imagine, The Sky (2011) about the issues in Sierra Leone.