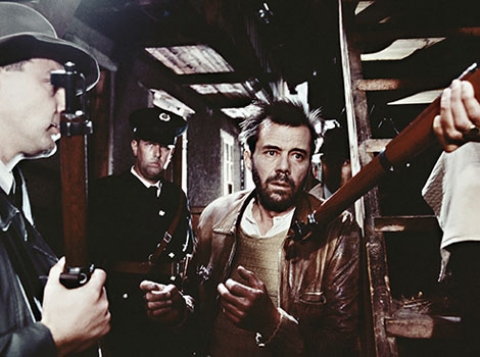 Hermann, a Russian living in exile, owns a comfortable apartment in Berlin and is married to Lydia, who is only moderately intelligent but very attractive. The management of his company takes him only a few hours a day. Business is stagnating, perhaps because of the Great Depression; but Hermann doesn’t mind too much. What fascinates him more and more is the feeling of being able to step out of his body, stand beside it, and watch it. One evening he leaves the bedroom door open so that he can watch Lydia and himself make love. He starts enjoying this state and would like to refine his ability to double himself. While relaxing on a business trip he meets a jobless man named Felix Weber. Curiously, Hermann is convinced that Felix is a spitting image of himself. He promises to keep in touch with him. Back in Berlin, the existence of his doppelganger fires up his imagination: what if he were to disappear and start a new life with another man’s name? Hermann then meticulously begins to plan a perfect crime, his rebirth, his journey towards the light. Based on the novel by Vladimir Nabokov.

Restored by Bavaria Media in cooperation with Cinepostproduction.


Born in Bad Wörishofen, Germany, in 1945. He was one of the most versatile authors in contemporary cinema. The more than 40 titles of features and series, produced since 1969, marked the German cinema by showing Fassbinder’s unique, irreverent and critical style. He lived for his unstoppable creativity, also working as an author and writing his own scripts for cinema and theater. Among his most important works are Love Is Colder than Death (1969), Beware of a Holy Whore (1971), The Bitter Tears of Petra von Kant (1972), Ali: Fear Eats the Soul (1973), Chinese Roulette (1976, 8th Mostra), Despair (1978, 35th Mostra), The Marriage of Maria Braun (1978, 4th Mostra), the miniseries Berlin Alexanderplatz (1980, 9 th Mostra), Veronika Voss (1982), winner of Golden Bear at Berlinale, and Querelle (1982). Died in Munich in 1982 at the age of 37.