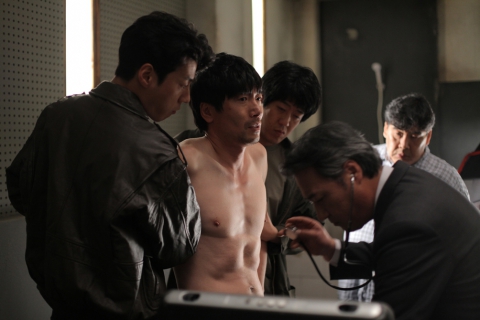 In September 1985, when the military dictatorial regime censors every sound made by the public, KIM Jong-tae, an ordinary father and advocate of democracy, is arrested by the police. Blindfolded, he gets stuck in the interrogation room in Namyoung-dong where the government’s national security HQ is located at. From that day, KIM goes through a series of brutal torture in the dark, small room and is forced to confess that he is under the control of North Korea.


Born in 1946. He graduated in literature in the Department of French Literature at the Korai University. He was part of the Image Era filmmakers group who started the New Wave of Korean cinema. He worked as assistant director in film and TV. Directed several feature films since the 80s. National Security is his 16th film.