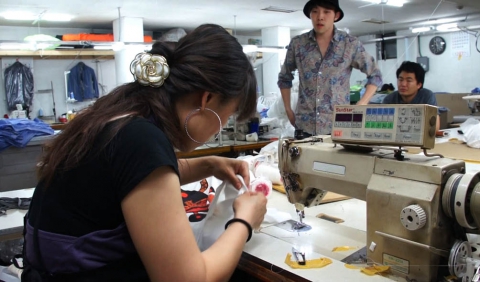 A bunch of young designers leave their job to start an alternative fashion house with the hope of creating an ethical label. Rather than adopting common practices geared at ruthless exploitation and profits, they hope to build a direct relationship with their customers based on fair-trade principles. However, the capitalist world is a dangerous one. 
Born in 1968. He is professor in film department at Chung-Ang University. He graduated from Korea University as metallurgical engineering major and studied at the Korean Academy of Film Arts. He directed the shorts Here to Here (2000), Los Angeles: A Graveyard (2001), the short documentary Play It Again (2004) and the feature documentary Sogyumo Acacia Band`s Story (2010).