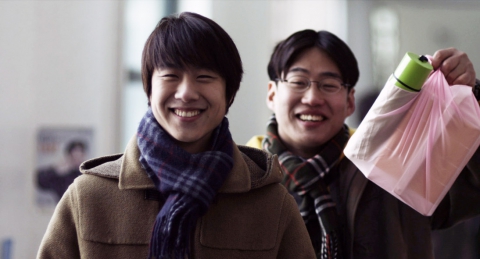 "Sang-won, Seung-jun and Min-wook are high school best chums. After the graduation, they are in three different places in life; Sang-won is a college student, Seung-jun studies one more year to enter the college, Min-wook performs his military service. One day, two friends visit Min-wook in the army. Seung-jun has another reason for a visit to bring the break-up letter from Min-wook’s girlfriend, Esther."


Born in 1979. He graduated from the department of film studies at Chung-ang University. He directed the feature The Pot (2008). Sunshine Boys is his second feature film.