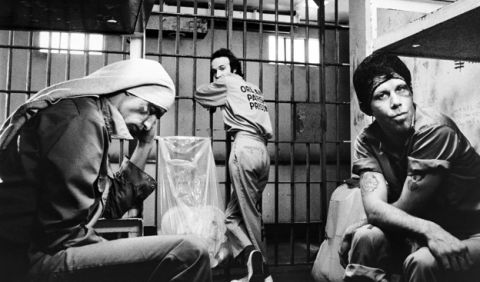 DOWN BY LAW
United States

When fate brings together three hapless men —an unemployed disc jockey, a small-time pimp and a strong-willed Italian tourist— in a Louisiana prison, a singular adventure ensues.