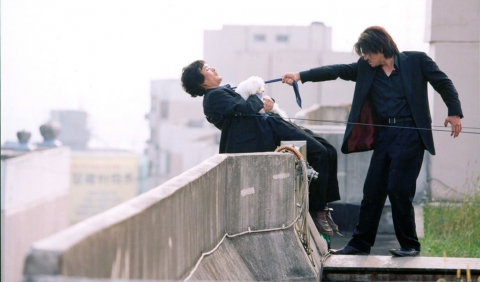 Oh Dae-soo is an ordinary man who lives happily with his wife and a small daughter. One day, he is kidnapped and thrown into a private prison. While in captivity, he is subjected to all sorts of violence. He spends 15 years in captivity under extreme conditions, wondering who is responsible for so much cruelty. One day, his is allowed to watch the news on TV and learns that his wife has been murdered. From then on, Dae-soo decides that his only aim in life is to avenge himself of his captors. Jury Grand Prize at the Cannes Film Festival.